Although we live in a secular and scientific society, it’s surprising how many intelligent, educated and otherwise informed people don’t know fundamental truths about the beginning of a human life, sexual reproduction, and human embryology.

This issue first came to my attention when I read a newspaper article suggesting that the answer to the question “When does a human being’s life begin?” was up for debate.

I was incredibly surprised to read this idea. Why? Because the answer to this question is a basic scientific fact of human embryology.

However in recent times, politics, emotional drama, and outside interests have become involved in these issues and obscured the facts. The key issues and the question “When does a human being begin?” have become so politicized that the relevant information is often now filed under “politics” rather than “science” or “medicine”.

Accurate scientific information has all but disappeared from the public eye – and it is becoming increasingly difficult for people to make accurate, informed decisions.

I knew there must be another way – a way to cut through all the turmoil and really get to the truth. Throughout my research and learning, I kept returning to the idea of taking a step back and separating the objective science from the drama and politics surrounding these issues.

I believe it is important to ensure the topic of human embryology is no longer “off-limits” for discussion, and to empower people to make informed, accurate decisions about human reproduction based on scientific fact. That’s why I started Contend Projects.

This is not about opinions, politics, or religion – nor should it be. It is about modern, objective, relevant science. The same science that splits the atom or flies a rocket into space.

What’s more, I believe we should be just as comfortable talking about when a human life begins as we are talking about free-range eggs or chemicals in our personal care products.

I am not a scientist, but like you, I am a human being. I think it’s time for a change, and time that we all know the scientific facts of human embryology and sexual reproduction. When making important choices, we all deserve to be in the know. Small decisions can have a big impact – just imagine the potential impact of big decisions. 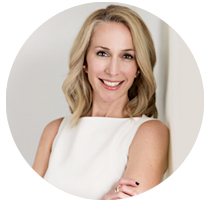 Christiane West is Co-Founder and Head of Partnerships. Christiane is in charge of Contend Projects’ outreach and development strategy across a broad range of stakeholders in government, the media, the education sector and the broader public. 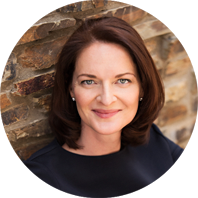