Do you want to be ‘in the know’, protect your health AND make a meaningful impact by giving to Contend Projects? 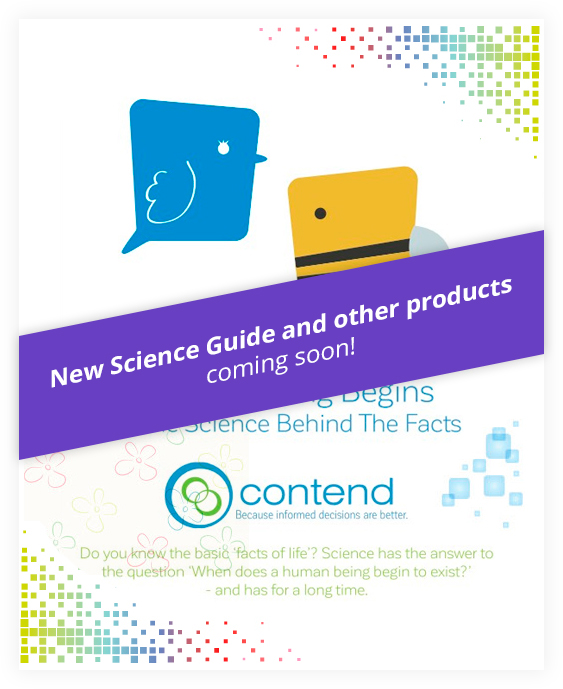 When a human being begins to exist is not a theory but an objective, empirical and modern scientific fact of human embryology.

When a human being begins to exist is an objective scientific fact of human embryology that has been known and documented for over 100 years. It was instituted in 1942 (by the National Museum of Health and Medicine’s Human Developmental Anatomy Center) as the Carnegie Stages of Human Embryonic Development, and has been updated annually from 1942 to date by a global committee of experts in human embryology. This is not a subjective, religious or political opinion. The lack of information and the misinformation about human embryology and when a human being normally begins to exist is a serious problem today, as critical personal decisions on a range of related health issues (e.g., sexual intercourse, birth control, pregnancy, abortion) depend on one’s accurate knowledge of these scientific facts.

The good news is that scientifically accurate educational resources are available and can help individuals make better decisions about their health.